If you pay attention to news about workers’ compensation claims, it’s usually a lot of information about how it hurts employers or about how employers need to work harder to save money. But what about employees?

Workers’ comp is supposed to protect you if you’re injured or become ill in a work-related incident. You should get paid any lost income and have your medical expenses covered. In the name of saving money, it doesn’t always go as smoothly as it should.

Here are four common problems employees may face once you file a workers’ compensation claim. 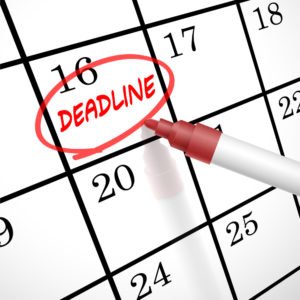 You may be told that your injury isn’t covered because you didn’t file a workers’ comp claim in time. Typically you have 30 days to make a claim, but it’s always best to notify your employer as soon as possible. If you notify them verbally, always follow it up in writing.

You should be given a form to fill out, but if not, type it up with the date, time, and details of how you were injured. Once the paperwork starts flying between you, your boss, and the insurance company, make sure you get copies of everything for your own files. This will be helpful if you need to call an attorney.

Confusion About Treatment and Doctor Visits Most workers don’t know that only specific doctors can help them during a workers’ comp claim. In most cases, you’re given the option of picking someone from a panel of physicians approved by the workers’ compensation company. Your personal doctor will likely not be on that list. You can go to your doctor, but workers’ comp won’t cover the cost.

Here are some other things to be aware of:

If you have concerns about the doctor you’re seeing or your treatment plan, and you don’t think you’re being treated fairly, talk to a workers comp attorney.

Retaliation After Your Claim Retaliation for filing a workers’ compensation claim isn’t allowed in Nevada, but that doesn’t mean it won’t happen. Employers get upset because a claim means they may have to pay more for workers’ comp insurance later. Retaliation can happen in a lot of different ways.

Retaliation can be a difficult thing to prove. Keep notes of things that happen and when. Talk to an attorney to discuss the details about your situation. The biggest problem most employees face with a workers’ compensation claim is that the claim might be denied. This means you’ll have to pay out of pocket for any rehabilitation or treatment or use your health insurance to cover it. You might be out of work for a while and lose your income. Your employer may fire you, not because you filed the claim, but because you’re not coming to work.

Your claim may be denied for all kinds of reasons, some legitimate and some not:

If you believe your claim shouldn’t have been denied and that the reason given is false, talk to a lawyer in Las Vegas. Depending on the circumstances of your case, you may have been wrongly denied and we can help you fight it.

Workers’ compensation claims can feel intimidating, especially when it’s obvious the insurance company or your employer doesn’t want to meet their obligations. When your claim is denied or you feel like you’ve been lied to or treated badly, you need someone who will fight for you. At Ed Bernstein and Associates, we’re here to help you get what you deserve. Contact us today!