Why is Workers Compensation So Difficult and How Can an Attorney Help?

You’ve heard the horror stories about workers compensation. Maybe someone in your family has lived through it — doctors that misdiagnose injuries, calls that go unreturned, and settlements that barely cover today’s medical bills, let alone future bills. The worst is when a legitimate injury gets denied.

Why is workers compensation so hard to deal with? As with most things about insurance, it has to do with money.

The moment you have an accident at work or think you might be hurt, go ahead and file a claim with your employer. The longer you delay in filing, the more difficult the process can become. The insurance company may question whether you were really hurt at work. There may be questions about why you didn’t say anything sooner. You might be asked to go to multiple doctors just to “prove” you’re really hurt.

Insurance companies want to pay as little as possible for a claim, especially for a workers’ comp claim. Don’t give them an excuse to deny your claim just because of timing. Technically, the insurance company is required to meet specific deadlines once your claim is filed. They’re not supposed to drag their feet and take their time, but it still happens. You may hear the term “processing delays” which can be anything from clerical errors to being understaffed, to simply not caring about your claim.

When you can’t get your calls returned and you get the run around from a claims processor, it’s frustrating. Make notes of your conversations, when you tried to call, what you were told, and any other details. You may need it later if you don’t receive what you’re owed. What should happen is that you get injured, file a claim, and receive lost wages and medical bill payments with no problem. Instead, insurance companies take their time as your bills pile up. Between the bills, you can’t afford and the slow process, you might start to panic and worry you won’t be able to pay the doctor. The insurance company knows this, so they offer a much lower amount than you’re owed because they hope you’ll take it.

Knowing your rights and understanding the process can keep you from being taken in by a bad offer. When you’re injured on the job, workers compensation is supposed to cover your lost wages (up to a certain amount) and your medical bills. You don’t have to take a too-small settlement out of fear. Having a workers compensation claim denied is more common than you might realize. Remember, an insurance company will use any excuse to pay less money. They may say your injuries aren’t as bad as you claim. You might be accused of getting hurt somewhere else or having an old injury from before this accident.

A denied claim might be the worst possible scenario, but you’re still not alone. Make sure you see a doctor you trust, not just the one you’re required to see for your worker’s comp claim. Keep notes and documents related to your accident and injury. Having your claim denied doesn’t have to be the end of the story.

How a Workers Compensation Attorney Can Help 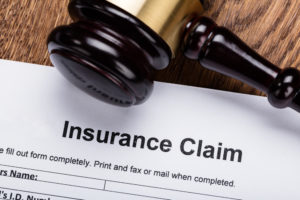 When you work with an attorney who understands workers compensation claims, you get an advocate who will fight for you. You don’t have to be left in the dark or stuck in a slow process wondering if anyone will call you back. Your attorney will know when the insurance company isn’t following the law. They can also help you appeal a denied claim.

Getting what you’re owed from an accident or injury shouldn’t have to be a fight, but it is. Your employer has an insurance company who doesn’t want to pay the claim. The insurance company has plenty of tactics to delay the process or pay you less than you’re owed. Who do you have on your side? With one phone call, you can have an attorney who’s ready to fight for you.

When you get injured on the job, file your workers’ comp claim as soon as possible. If you feel like you’re not being treated right or that the claims process is taking too long, contact a workers compensation attorney. You don’t have to go through this alone.